David Byrne’s American Utopia comes to St. James Theatre on Sunday 20th March 2022. This season, David Byrne brings back his show to New York with the same creative impulse. The Broadway masterpiece will light up the theaters with his trademark mix of ideas and rhythms, starting from 16th March. David Byrne’s American Utopia has extended its North American tour dates and will conclude the shows on 3rd April 2022. Widely acclaimed American Utopia is a fusion of concert, monologue and theatrical spectacle. The story ignites a spark of emotions, humanity and faith in everyone who’s watching. David Byrne will be performing with original band members, including Daniel Freedman, Chris Giarmo, Jacqueline Acevedo, Gustavo Di Dalva, etc. Go get your tickets right now before they are sold out! 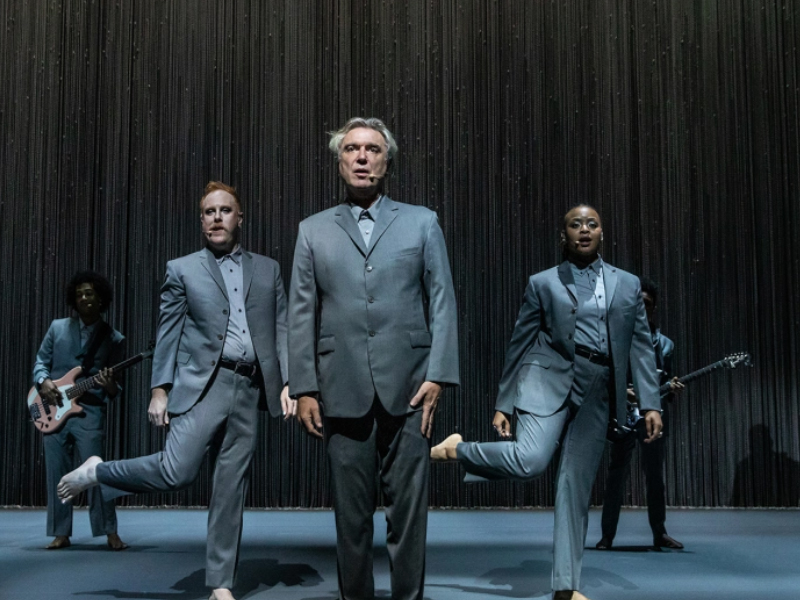 American Utopia is an American concert film produced and directed by Spike Lee. Its screenplay is written by Tony Award winner David Byrne. David Byrne’s American Utopia was released in September 2020 at the Toronto International Film Festival. It was transmitted in the United States on HBO and was also available at HBO Max for streaming. American Utopia started gathering appreciation from the very beginning. According to the review aggregator, it holds a record 98% approval rating with an 8.6/10 average rating on Rotten Tomatoes. The essence of art, emotion and music create a perfect mixture of creativity and artistry.
In just a span of two years after its release, David Byrne’s American Utopia has gained a lot of popularity. It won a Special Tony Award at Tony Awards in 2021 and is nominated for Best Music Film at the 2022 Grammies. It was also nominated for Best Documentary Film at Chicago Film Critics Association Awards and Florida Film Critics Circle Awards in 2020. David Byrne and his team are quite excited about the upcoming North American shows. If you are playing to join them, hurry up and book your tickets now before they are sold out!