Known for its commitment to providing outstanding entertainment from the world's top talent, St James Theatre is outdoing itself this time, as it brings you Frozen – The Musical on Thursday 20th December 2018! Frozen – The Musical tickets are currently available for this exceptional show, but be quick – they won't last long! Seating is limited and shows often can sell out, especially with this level of entertainment! 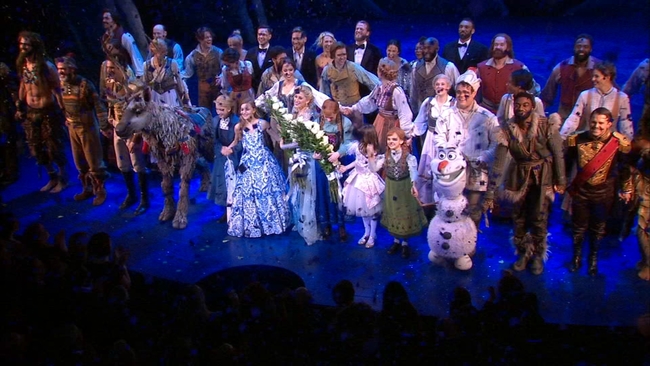 Are you ready for this massive box office hit?? No performance holds audiences captivated quite like Frozen – The Musical, the show that captured the minds of audiences and the minds of critics since it very first premiered. Its no surprise that now Frozen – The Musical comes to the St James Theatre – widely regarded as one of the best venues in New York, it’s the perfect place to host a show like this. Frozen – The Musical – coming to Manhattan on Thursday 20th December 2018!! Do you have YOUR tickets yet?? You’d best hurry up and get them if not – early booking is highly recommended if you want good seats!